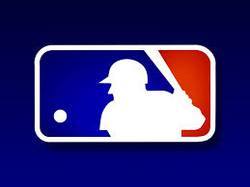 Three players who all used to don a Cincy Flames uniform were selected in the 2018 MLB First Year Player Draft.

Drew Rom - A University of Michigan commit and Highlands High School senior, was selected in the 4th round by the Baltimore Orioles with the 115th overall pick.  Rom, who was recently named Mr. Kentucky Baseball for 2018, finished the year 9-6 on the mound with a 2.27 ERA and 129 strikeouts.

Andrew McDonald - Selected in the 9th Round with the 259th overall pick, Andrew, a product of Mason High School was taken by his hometown Cincinnati Reds.  He was the 19th highest Virginia Tech Hokie ever to be drafted, and only the 5th Hokie to ever be drafted by the Reds.  McDonald had his best season of his collegiate career in 2018 making 29 appearances and leading the team with 5 saves. In addition, McDonald had 67 strikeouts and averaged 11.03 strikeouts per 9 innings which also led all Hokies who made double-digit appearances.

Alex Holderbach - Eastern Kentucky University Junior Alex Holderbach was selected in the 16th round with the 492nd overall pick by the Houston Astros.  In 2018 Holderbach hit .352 (81-for-230) with 12 doubles, two triples, 18 home runs (including 4 in one game against Xavier University), 55 runs scored and 79 RBIs.  At the end of the OVC tournament, Holderbach led the nation in RBIs, was 11th in total bases (151), 12th in home runs, and 28th in slugging (.657).  Holderbach is also a finalist for the Johnny Bench award, given to the top catcher in the nation, and a semifinalist for the Dick Howser Trophy, given to the top collegiate player in the country.

Congratulations to these former Cincy Flames, and best of luck chasing the dream of becoming a Major League Baseball player!!