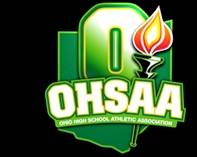 The Moeller Crusaders captured their second straight Division I Ohio High School State Baseball Title on June 9th, 2013.  On that team were three members of the Cincy Flames: Justin Wampler (18U - OF), Cameron Whitehead (18U - C), and Nick Meece (18U - OF) all helped the Crusaders to victory.  Wampler was 1 for 3 with a HBP and 2 RBI; Meece was 2 for 3 with a 2B, a Sac Bunt, and a Run; while Whitehead walked and had 5 putouts behind the plate in the Championship Game as the Crusaders defeated Cleveland St. Ignatius 7-1.

Wampler will be continuing his career next year at the University of Dayton while Whitehead will be doing the same at Furman University.  Meece will head to Miami (OH) University and attempt to walk on the team there.  Congrats to the Moeller Crusaders/Flames on the 2013 State Title!